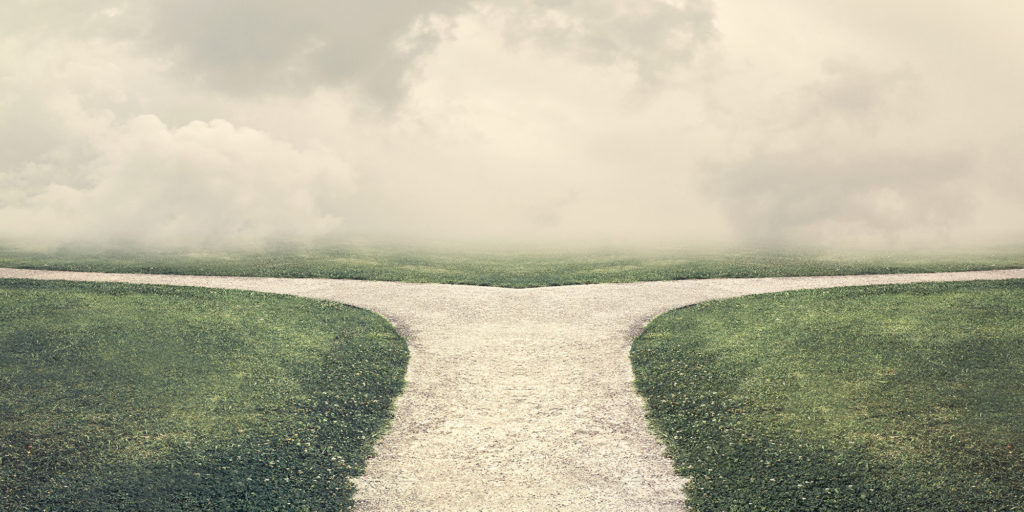 We often meet with clients who ask us “Should I be contributing to a Roth?” Just the other day, I met with someone who said “My relative told me I should open a Roth. What do you think about that?” First, I’d like to clarify something. There is no such thing as a “Roth” by itself. A Roth is a type of IRA, 401(k), 403(b), or 457(b) which are all different types retirement savings accounts. When someone has an IRA, it’s either a traditional IRA or a Roth IRA. When someone has a 401(k), it can have traditional or Roth holdings within the account – same with the 403(b) or 457(b). So, when you hear people say “I have a Roth” or “You should get one of those Roths”, feel free to be confused. They haven’t completely described what they’re talking about. That said, most likely they’re talking about a Roth IRA, because they probably aren’t telling you to enroll in their own employer’s retirement plan – 401(k)s, 403(b)s, and 457(b)s are all types of accounts accessed through an employer.

Okay, enough with the jumbled mess of alphabet soup. Let’s describe the basic differences between traditional and Roth retirement accounts. By far, the main difference is tax treatment. When you contribute to a Roth retirement account, there is no immediate tax benefit of doing so. It doesn’t lower your current taxable income, which means it doesn’t save you on taxes in the short-term. In other words, the contributions are using after-tax money. The benefit of Roth contributions comes in the longer term. When you take money out of the account during retirement (i.e. take a qualified distribution), it’s tax-free, which means all of the growth that occurs within a Roth account is tax-free. What constitutes a “qualified” distribution gets complicated, but basically the rules are written to make sure investors are truly using the account to save for retirement.

Traditional (non-Roth) retirement accounts, on the other hand, can lower your taxable income right away. Whether the contribution is deductible depends on a number of things, but if you can deduct the contribution, the income tax benefit occurs in the present. Instead of paying taxes on that money now, you pay taxes when you take it out (typically during retirement), including tax on the growth. You’ll hear this referred to as tax-deferred income, or tax-deferred growth. However, that payroll tax savings is permanent – you don’t have to pay that, even when you take a distribution.

There are quite a few smaller differences between the two types of accounts, like who is able to contribute. This is where it gets a little more complicated. Higher income earners aren’t typically able to contribute to Roth IRAs (although they are able to contribute to a Roth 401(k) or another employer-sponsored plan, if their employer allows it). This is a very common issue that our clients face, although in some scenarios there are ways for people making above the limit to get money into a Roth IRA. Those income limitations don’t apply for contributing to a traditional IRA, though. However, there are income limits for whether those contributions to a traditional IRA are deductible. Other differences include required minimum distributions, exceptions for taking a distribution for things other than retirement, and more. That gets even more complicated, because there are different rules for Roth IRAs compared to Roth 401(k)s, and traditional IRAs compared to traditional 401(k)s, etc. Suffice it to say, the biggest difference between Roth and traditional is the tax treatment.

If the primary difference between Roth and traditional retirement accounts is tax treatment, which should you use? If we could predict the future, that would be a simple answer. If we knew your tax rates now, your tax rates in the future, and how much your accounts would grow, we could give you an answer with certainty. But we don’t, so we can’t. Your future employment earnings could change, which changes your tax rates. Congress could pass legislation that changes tax rates for everyone. Your accounts could grow more or less than you predict, which means you have more or less income during retirement than you might anticipate.

Even though we can’t predict the future, we can make an educated guess. If we do that, we can gain some clarity about how to proceed. All things equal (don’t ignore that – I’m going to talk about each characteristic in a bubble for a second),

The reality is, you can’t consider all of those factors in their own bubble when considering how you should save for retirement. You really need to consider all of them, and how they interact with each other. As fee-only financial planners, we can help with that. Or, for the analytical do-it-yourselfers who have the time and will, make some educated assumptions, get a calculator, and start crunching the numbers. We have a calculator on our website that is a good place to start. Even if you don’t ask for help from a financial planner, you should at least consult your tax advisor since that’s such a big part of the decision. Whatever you decide to do, you do you. Make your decision based on your own unique situation, and not based solely on rules of thumb, a one-liner from a product salesperson, a general remark made by a talking head on TV, or a command from an angry radio host who doesn’t know you.